Sciatica is a type of nerve pain, typically resulting from irritation or injury to the sciatic nerve.  The sciatic nerve begins in the buttocks region of the body and extends down through the leg.  This nerve is the thickest and longest in the body.

Though few know it, the sciatic nerve is as thick as a finger in width.  The sciatic nerve consists of five roots, two of which are in the lumbar region of the back and the other three in the sacrum of the spine.  The nerve roots of these five nerves adjoin together to create the left and right sciatic nerves.  The sciatic nerve extends through the buttocks to the hips and all the way down the leg below the knee’s end point, ultimately connecting to additional nerves that move down into the feet and toes.

Though the sciatic nerve is rarely injured, the term of “sciatica” is often used to describe pain emanating in the lumbar portion of the back that moves down through the leg.  Nerve compression, pinching, inflammation and irritation along the sciatic nerve will cause considerable pain.  This pain is typically characterized by sharp jolts of discomfort.

Sciatica is often caused by a slipped or herniated disk that leads to pressure along a nerve root.  Thankfully, a small fraction of the overarching populace suffers a slipped disk at any point in life.  However, when a disk slips, it proves quite painful as it is necessary to function as cushioning between the spine’s vertebrae pads.

Pressure emanating from the vertebrae can cause the center gel-like substance of the disk to herniate or bulge as a result of a weakened outer wall.  A herniated disk in the lumbar portion of the back has the potential to press along the sciatic nerve, causing significant pain.  Additional causes of sciatica include tumors, spinal stenosis, spondylolisthesis, osteoarthritis and degenerative disk disease. 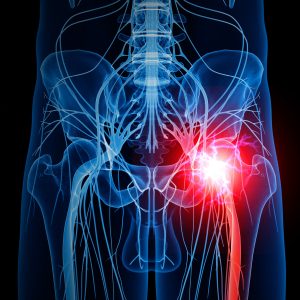 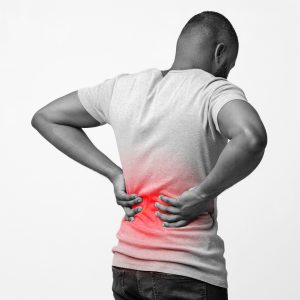 If your sciatica pain does not improve through self-care, our doctor will likely suggest a treatment regimen.  Medication including tricyclic antidepressants, muscle relaxants, narcotics, anti-inflammatories and anti-seizure medications might help successfully treat your sciatica.

Physical therapy also has the potential to mitigate your sciatica pain.  If necessary, the doctor will consider a corticosteroid medication injection transmitted to the area by the nerve root.  Though surgery is a last resort, it will be given serious consideration in the event that the treatment modalities detailed above do not eliminate or at least significantly reduce your sciatica pain.

We are accepting new patients.  If you suspect or know you have sciatica or pain resulting from another condition, contact us for assistance.  You can reach our pain management doctors at our Carrolton clinic by dialing (972) 316-7270 .  If you are located closer to our Denton clinic, give us a call at (940) 222-8943 to schedule an appointment.